The oil for food scandal involves allegations that U.N. officials benefited from Saddam Hussein's corruption of the U.N.'s relief effort, called the Oil-for-Food Program. The program allowed Iraq to sell limited amounts of oil, under supposedly tight U.N. supervision, to finance the purchase of much-needed humanitarian goods.  It is alleged that Saddam Hussein turned the Oil-for-Food program into a cash cow for himself and his inner circle, leaving Iraqis further deprived as he bought influence abroad and acquired the arms and munitions that coalition forces discovered when they invaded Iraq in 2003.

It is alleged that individuals, companies and organizations received oil allocations or vouchers from Saddam that could then be sold via middlemen for a significant markup.  There are serious questions about whether inspectors employed by the U.N. were influenced in monitoring Saddam Hussein because of corruption in the Oil For Food Program.  Security Council members share responsibility for lax oversight. 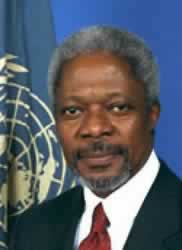 There are questions about U. N. Secretary General Kofi Annan’s son, Kojo Annan (by his first marriage), and his relationship with individuals and firms involved in the Oil For Food Program.  Kojo Annan is a former employee of Cotecna, one of several firms involved in the scandal. Cotecna employed Kojo Annan in the mid-1990s. He reportedly continued a consultancy relationship with Cotecna through his Nigerian-based company.  Kofi Annan is also being pressured to talk about what he knew and when he knew it.

Senior United Nations officials are suspected of taking multimillion-dollar bribes from the Saddam Hussein regime. Most prominent among those accused in the scandal is Benon Sevan, the Cyprus-born U.N. undersecretary general who ran the program for six years. U.S. officials say they have evidence, some in cash, that Saddam diverted approximately $5 billion from the United Nations Oil-for-Food program to his personal bank accounts.  In what has been described as the largest humanitarian aid effort ever undertaken, the U.N. Oil-for-Food program began in 1996 to help Iraqis who were suffering under sanctions imposed following the first Gulf War. 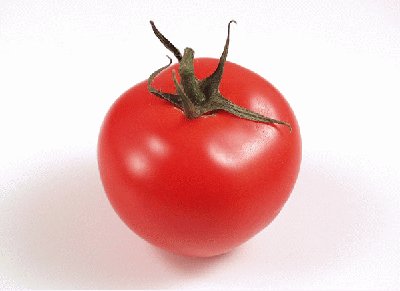 The Senate Permanent Subcommittee on Investigations has concluded that Saddam Hussein's government illegally made $21 billion from the Oil-For-Food program. The United Nations aid program for Iraq ran from 1996 to 2003. Iraq has been under international sanctions for 13 years (1991-2004). The abuse of the program eased the effects of the sanctions by allowing the country to make monitored sales of oil and use the money to purchase aid like food and medicine. Mr. Hussein's government exploited the program with a campaign of illicit oil sales, illegal surcharges and kickbacks, as well as bribes aimed at lifting sanctions.

The United Nations has refused requests from the subcommittee to provide witnesses and detailed information on U.N. audits that could shed light on the corruption. Saddam's use of oil vouchers rescued his regime from collapse. The Iraqis also used the cash from the program to buy palaces, missiles, dual-use military goods and munitions.