AAEA President Norris McDonald was invited by the White House to attend the August 8, 2005 signing of the Energy Policy Act of 2005. The signing ceremony was held in the Steve Schiff Auditorium in the Technology Transfer Center at Sandia National Laboratory in Albuquerque, New Mexico. White House guests were picked up by buses at Kirtland Air Force Base and taken to the historic event at Sandia. 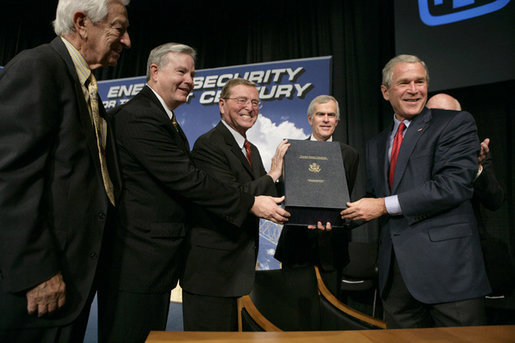 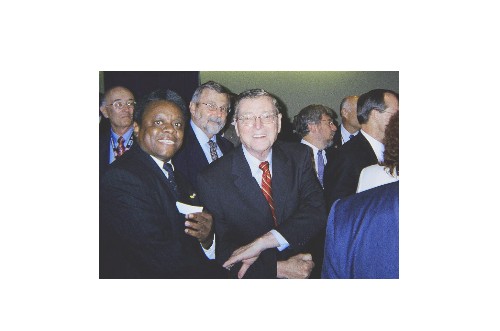 Norris McDonald and Senator Pete Domenici at the ceremony 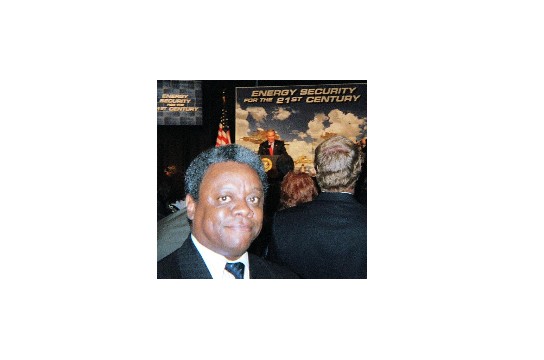 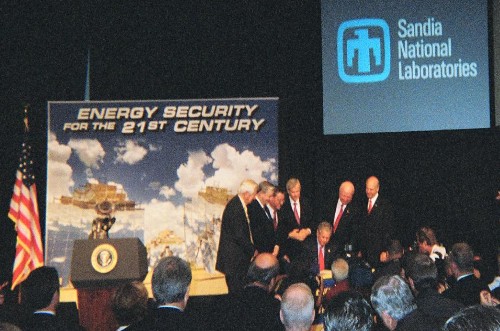 Singh, Prime Minister of the Republic of India. The ceremony was on the South Lawn of the White House on July 18, 2005 and included greetings and remarks from President Bush and remarks from Prime Minister Manmohan. Other White House Officials at the ceremony included: Vice President Dick Cheney and Mrs. Cheney, the Secretary of State, Secretary of Defense and the Vice Chairman of the Joint Chiefs of Staff, among others. A full Military Honor Guard and Musical Troop were included in the ceremony.

President Bush agreed to share civilian nuclear technology with India in exchange for a promise from India to continue its unilateral moratorium on nuclear testing. Prime Minister Singh also told a joint session of Congress that India's track record in nuclear nonproliferation is "impeccable."

Prime Minister Singh also discussed the new climate change proposal with President Bush during private meetings. The pact is known as the Asia-Pacific Partnership for Clean Development and Climate and aims to use the latest technologies to limit emissions and to make sure the technologies are available in the areas and industries that need them most. The pact also includes China, Australia and South Korea, which account for approximately 40 percent of the world's greenhouse gas emissions. 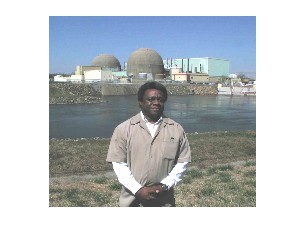 Dominion Resources, Inc., a utility based in Richmond, Virginia applied for an early site permit in September 2003. Such a permit would provide the company with an option to build new nuclear generation at the North Anna Power Station. AAEA also attend the Nuclear Regulatory Commission (NRC) hearing on February 17 in Mineral Virginia on the draft environmental impact statement for Dominion's Early Site Permi. Dominion is exploring the feasibility of building two new generating units at its current facility site.

AAEA supports building two new nuclear units at the current location on North Anna Lake. For more information on what other utilities are doing, click on New Nuclear Power Plants.

AAEA President Norris McDonald was interviewed on the nation's only environmental radio station, WRYR 97.5 FM in Sherwood, Maryland on April 9, 2005.   It is a 100 watt station seveing the Eastern and Western Shores of the Mid-Chesapeake Bay Region. The radio station is operated by the South Arundel Citizens for Responsible Development (SACReD). WRYR-LP is operated at a grass roots level with a volunteer staff, much donated equipment, and funding contributed by businesses and individuals throughout the communities we serve.  WRYR programming reflects the mission and goals of its parent organization, SACReD, and includes information on issues of local interest such as the environment and smart growth, local news, music and entertainment, health and lifestyle information, and other programming of interest to the eastern and western shore communities served by the station. WRYR-LP is a non-profit, non-commercial LPFM radio station, supported by its listeners.

Jay Nightwolf has a program on WRYR called Good Red Road, which airs on Saturdays from 2-3 pm

A study by TRC Environmental Corp. found that if Indian Point’s power could somehow be replaced by the same mix of other power sources that currently serve New York State, air pollution would increase by more than 14 million tons annually. These harmful pollutants would be emitted in the form of carbon dioxide, carbon monoxide, sulfur dioxide, nitrogen oxide and particulate matter. Such emissions are linked to such health problems as asthma, other respiratory illnesses, and heart and lung diseases.

Closing Indian Point would require the region to get more power from more polluting plants. That is bad for the environment – and bad for people, especially more vulnerable members of our society like the young and old, as well as inner-city minorities who already live in high risk areas like the sections of Queens known as “asthma alley.”

Riverkeeper should reconsider its position on Indian Point and do the environmentally sensible thing – support its continued operation so that New Yorkers can breathe easier and longer thanks to more efficient power generation..