Back To President's Office 2005

OFFICE OF THE PRESIDENT

"If people have any power over you, they will abuse it." -- Norris McDonald

"What is happening to the black family in America is the sociological equivalent of global warming: easier to document than to reverse, inconsistent in its near-term effect -- and disastrous in the long run.

Father absence is the bane of the black community, predisposing its children to school failure, criminal behavior and economic hardship, and to an intergenerational repetition of the grim cycle. The culprit is the decline of marriage."    --William Raspberry, The Washington Post

Black Squirrels   Have you heard about the black squirrels in the Washington, DC Metropolitan Area? The Washington Post quoted scientists: "they were multiplying because their dark coats allowed them to retain heat from sunlight, leaving them less desperate for warmth than their lighter-colored cousins...If you can do it with solar heat, you don't need quite as much metabolic heat, and therefore, need less food."     Unfortunately, these solar powered brother squirrels did not get the memo and have been migrating faster into Northwest Washington and out to Gaithersburg and Rockville in Montgomery County.   According to the Post, "Some residents have called to complain that the new squirrels are aggressive, driving out the friendly gray squirrels."  Although the county parks  department has assured residents that, "It's the same squirrel, just a different color," I am sure arrangements will be made to redirect these squirrels to Prince George's County.

Pulling Weeds   I love pulling weeds in the front and back yards.  It is relaxing.  I guess it is the country boy in me.  I remember spending part of my summers as a boy with my grandmother, Kate Best.  Grandma had flowers throughout her front yard, a half-acre garden on the side of her house and woods everywhere else.  She was a tenant farmer, so there were also fields of corn or soy beans for as far as you could see.  She also had a walnut tree in the front yard.  She would get her hoe and chop weeds in her garden.  We would sit on the porch and 'shuck' beans. Drinking water came from a groundwater well and there was an outhouse (a wasp seemed to always provide interruptions).  Anyway, it sure does feel good to pull weeds by hand in the sterile suburbs.

Capitol Hill Sure Has Changed   I remember when Capitol Hill was a relaxed little village.  Now it is being hardened to address terrorist threats.  I think the new visitor center underground on the east side also doubles as a nice shelter.  Various tunneling projects also sprout out from the House and Senate sides.  The Capitol Power Plant is being expanded.  Barriers now block streets next to the House Office Buildings.  Police presence has greatly increased and walking up to the Senate Chamber is an intense experience now.  There was a time when you could just walk in the Capitol Building from almost anywhere.  I sure do miss the good old days when you could just about walk right in anywhere in Washington, DC without being examined.  Those days are over. 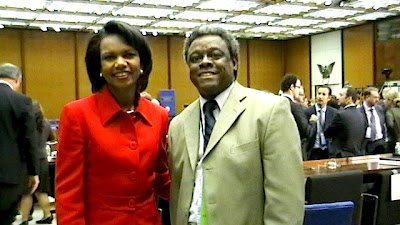